On October 3, 2015, new Real Estate Settlement Procedures Act (RESPA) rules will come in effect, with great impact on many realtor activities. The United States’ Consumer Financial Protection Bureau (CFPB) is aggressively enforcing RESPA and TILA (The Truth in Lending Act), both of which apply under the provisions of the Dodd-Frank Wall Street Reform and those of the Consumer Protection Act. Since the new rules are about to come into force, today’s post comes as a primer on TILA-RESPA, with some background info on why they exist, the types of transactions they apply to, as well as the most recent updates to the rule.

Q1: Why was RESPA adopted in the first place?

Answer: The US Congress first passed RESPA in 1974, in order to prevent undisclosed kickbacks from lenders, realtors, developers, and title insurers. Such activities had previously made real estate prices to go up artificially, via bait-and-switch, and had also taken a negative toll on price competition on the market. In plain English, RESPA prevents secret agreements between the parties involved in real estate transactions, which would often result in hidden fees for the consumer.

Q2: What is the new TILA-RESPA rule all about?

Answer: The new TILA-RESPA rule brings together several rules, which had already been in existence for some time: the Good Faith Estimate and the Truth in Lending (TIL) disclosure, combined under the new name of “loan estimate”, as well as the HUD-1 settlement statement and final TIL, which are now referred to as “closing disclosure”. The four previously existent disclosures are basically now combined into two new ones, which work as follows:

What kind of transactions do the TILA-RESPA changes cover? 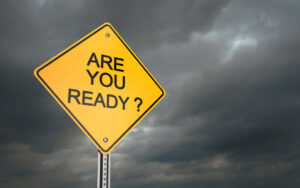 Answer: The short version is that the new RESPA changes apply to all closed-end, credit-based consumer transactions, which require real property securities. The longer answer also includes the following exemptions: reverse mortgages, HELOCs, chattel-dwelling loans (i.e. those secured with land, mobile homes, or other types of dwelling without real properties attached). The new TILA rules also don’t apply to loans taken out from non-creditors (i.e. entities that originate five or fewer mortgages per year). Also, some housing transactions via financial aid programs for low- and moderate-income earners are also partially exempt from the new rule.

TILA-RESPA integrated disclosure requirements do apply however to loans destined strictly for construction and those secured with vacant plots of land, or for land of 25 or more acres.

When should I start applying the new rules and the updated Integrated Disclosures?

Answer: By and large, creditor or mortgage brokers that receive applications for close-ended consumer transactions, secured with real property, on or after October 3, 2015, need to enforce the new rules. As applications made before October 3 are consummated, withdrawn, or expire, creditors and mortgage brokers will no longer be required to use the TIL, HUD-1, and GFE application forms.

Furthermore, regardless of whether or not they receive applications for loans, all creditors and mortgage brokers also need to enforce certain restrictions. According to the new TILA-RESPA rules, they will no longer be allowed to:

Where can I find all the loan estimate and closing disclosure documents I need?

Answer: CFPB  website has a complete list of resources available for those who will be affected by the new TRID changes. You can find a compliance guide there, a guide for filling in the forms, a factsheet on closing procedures, as well as blank and completed sample forms for both the TILA-RESPA Integrated Disclosure (TRID) forms. Realtors and mortgage lenders can also register for TRID compliance webinars via the same website.