What is a jumbo loan?

As its name suggests, a jumbo mortgage is a mortgage that’s larger than the typical home loan, more often referred to as a conventional conforming loan. What does this mean, specifically? It entails that, even though jumbo loan credit quality requirements are typically higher than that of a conventional loan, the size of the loan is larger for the former type of mortgage. The relative size of the amount of money being lent is determined in relation with the limits established by the OFHEO (Office of Federal Housing Enterprise Oversight). Conventional conforming loans which are within these limits are usually purchased by two government-sponsored enterprises (GSE), Fannie Mae (FNMA) and Freddie Mac (FHLMC). Since jumbo mortgages surpass those standards, they can neither be bought, nor securitized or guaranteed by these two agencies, and are usually purchased by other enterprises. 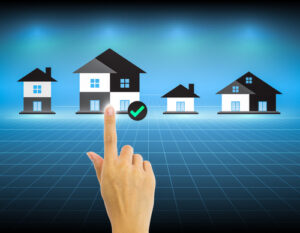 What can you expect in terms of jumbo mortgage rates

Usually, jumbo loan rates come with both higher credit standards, as well as with higher interest rates than conventional conforming mortgages. However, since GSE fees are on the rise, in recent times, jumbo mortgage rates have been lower than those for regular loans. You can use a jumbo mortgage for a first-time home purchase, a vacation home, property investment, or for refinancing an existing mortgage. Among the best jumbo loan lenders one may find some of the largest banks in the U.S. especially since the amounts entailed by jumbo loans are so big. Wells Fargo home mortgage rates are typically competitive, as are those from ING, US Bank, Chase, GMAC, Bank of America, and MetLife Bank.

By and large, post August 2007, jumbo loan terms have become more restrictive. Since you’re buying a pricier home, not covered by any typical private mortgage insurance option, expect to have to make a large downpayment of at least 20 per cent. If you’re planning to use a jumbo mortgage as a refinance, you’re going to need at least 20 percent equity. Your FICO score should also be at least 700, while the top allowed debt-to-income ratio is 45 percent, with a mandatory reserve of some 20 percent of the entire value of the loan. It goes without saying that you’re going to have the property appraised and that you’re also going to provide documentation of your financial situation.

One factor which has been influencing the currently low rates on jumbo mortgages is that deposit rates are also low these days. Even when they’re being offered at low rates, jumbo mortgages still remain profitable for banks. Bear in mind that these loans do not work as commodities. They’re large loans, which the majority of banks will choose to keep on their portfolios, instead of selling them. Also, take into account that fixed rate jumbo loans are few and far between; the most popular types of jumbo loans are 5/1 ARMs, followed by 7/1 ARMs. Once the introductory period is up on most jumbo loans, the ARM will fluctuate based on the 1-year Libor, or, less frequently, the 1-year Treasury index.