A jumbo loan is a large mortgage – too much of a risk for Fannie Mae and Freddie Mac to insure. The jumbo loan limit is $417,000 in most areas of the United States and $625,000 for more expensive markets like San Francisco and New York. And even if taking out a bigger home loan usually means you’re among the wealthier of home buyers, this no longer equates with a mandatory down payment of large proportions. This situation has been accurately reflected by the private mortgage insurance market of late, as explained below.

Increases on the PMI market for low down payment jumbo loans 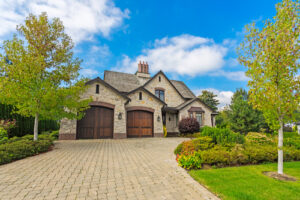 Now that we’ve covered the basics of answering ‘what is a jumbo loan?’, we can look at how the private insurance market reflects an increase in the number of jumbo loans with lower down payments. Typically, PMI targeted borrowers who couldn’t put down 20 percent in down payment for their smaller loans. In the aftermath of the deep recession, however, insurers eased up on low to mid-income mortgage owners, as demand on this segment of the market dwindled. As of late 2014, however, private mortgage insurers have been increasing the caps on the size of mortgage loan that they’ll insure. Two insurers went up from $750,000 and $625,000, respectively, to $850,000.

This trend, in its turn, has been influenced by an uptick in activity on the jumbo loan market segment. Though jumbo mortgage rates remain high and their proportion low (they only account for 2 per cent of all loans), several lending institutions are now offering such home loans. And that’s because the federal government is preparing to leave the mortgage market; meanwhile, lenders have begun to target less appealing borrowers, who credit and cash reserves may not be stellar, but who are interested in jumbo loan rates nonetheless. As a rule of thumb, rates on jumbo loans can be 20 to 60 points higher than those for conforming loans. There are some exceptions, which we’ll discuss below.

Which lender has the lowest down payment mortgage for jumbo loans?

As indicated above, several lenders have lowered the bar on their jumbo loan down payment requirements. In November 2014, for instance, PNC Financial Services Group started to allow exceptions to its otherwise set-in-stone jumbo down payment requirements. The threshold, which previously stood at 20 per cent for non-conforming loans of up to $1.5 million, went down to 15 percent. This only applies to borrowers with high credit scores, a lower debt-to-income ratio, and a cumulus of assets and income that exceeds the lender’s typical requirements. The conditions to such exceptions have also been stretched to include even larger jumbos, of up to $3 million.

Wells Fargo is yet another lender at the forefront of this ‘lower down payments for jumbos’ trend. Before 2014, their lowest down payment stood at 15 percent; now, it has been driven down to 10.1 percent. Aside from Wells Fargo, home mortgage rates and down payments on jumbo loans have also been trimmed down at JPMorgan Chase and Bank of America. According to one California-based housing market expert, lenders are trying to lure in more jumbo borrowers, because these loans don’t incur the high guarantee costs that Fannie Mae and Freddie Mac require for conforming mortgages. This can make jumbos more attractive than conforming loans, as is the case at Wells Fargo. As of the day of this writing, a 30-year fixed jumbo mortgage comes with a  4.13% rate, as opposed to the 4.25% for a conforming mortgage.

Jumbo loans are typically portfolio mortgages, which means that the lending institution doesn’t plan on selling them off to Fannie Mae or Freddie Mac, but to keep them on their books. Whether or not this is the case with a particular jumbo mortgage can affect the loan’s costs.