When is the best time to buy a house? Research has a simple answer to that question: Monday, October 8. The next Monday with this date, as Business Insider points out, will fall in 2018, so you still have plenty of time to save up money. According to RealtyTrac and the 32 million home and condo sales they reviewed over the course of 15 years, October is the month during which buyers can benefit from the biggest discounts: 2.6%, to be specific. However, the same source notes that only 8.4% of sellers close on their homes during the month of October. 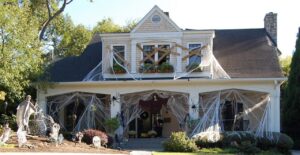 Conventional wisdom advises sellers to put their homes up for sale in spring (which, FYI, begins in January in the real estate world). As the weather warms up, open houses become more and more frequent, since it’s easier to assume that people will wander around from home to home when it’s nice outside. As such, sellers have a larger pool of bids to choose from. On the flipside, the best time of year to buy a house (bear in mind that this is from the buyer’s perspective) seems to be in the colder months of autumn and winter. During those months, housing inventories go lower and the sellers still on the market are typically very motivated. They will often even grant buyers significant discounts from their initial asking price.

After October, the second best time to buy a home is winter time, says the same RealtyTrac survey. The data indicates that February, December, and January are also major discount months. Surprisingly, the month of July comes third in terms of buyer discounts, contradicting the popular belief that summer is only a good time for sellers. April seems to be the worst month for buying a house at a discount, but it’s the best month for sellers: the only month that features increased prices – by 1.2% on average.

Advice from realtors on when to buy a house

One realtor from Huntsville, Ala., interviewed by NewHomeSource.com, agrees that buyers on the market in the fall and winter are usually motivated by a significant life event, which is pushing them to move out and move in as quickly as possible. They may be going through a career-prompted move, a divorce, or an approaching childbirth—but what most of them have in common is time pressure. More often than not, they also want to buy house before the holiday season.

While real estate brokers agree that housing inventories are low in the fall and winter, they explain that competition for the buyer is also lower. And, after all, you don’t need to find hundreds of homes—just a single one that you like enough to move into. While brokers will take time off for the holidays and banks will be closed on and around Thanksgiving, Christmas, and New Year’s, home sales in October, January, and February will take as long as they would at any other time of the year, i.e. around 30 days.

However, there are certain drawbacks to buying a home in the cold season, especially if you’re looking for one in the colder weather states. In the Northeast, for instance, snowfall might conceal some issues with the home and/or the landscape. As such, it’s a good idea to have the home inspected, if possible, and, at the very least, to ask for pictures taken earlier in the year, when there was no snow to cover up potential troubles.

Finally, a good real estate broker might be able to help you with the low inventories, if they’re determined enough and employ some clever strategies. One agent from Northville, Mich., told Bankrate.com that he has a few tricks up his sleeve to tap into the non-listed segment of the housing market. Here are his three techniques: