Earlier this year, it was announced that the CFPB (Consumer Financial Protection Bureau) is working on a new Know Before You Owe mortgage initiative which is expected to come into full effect next summer (in 2015). This new measure is supposed to simplify the process of mortgage lending and buying, which is of course a welcome idea in theory, but we still reserve a few doubts about how efficient the process will actually prove to be. The initial changes will be noticeable starting with August 15th 2014, which is in a few days, so we thought we’d give you a heads up on what the new measure entails and what to expect of it. 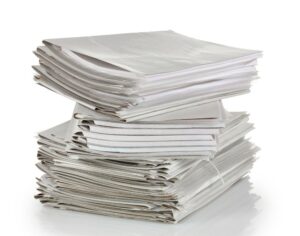 The Know Before You Owe mortgage initiative is meant, ultimately, to reduce the total time of document review before the closing of a deal to 3 days. This move should be able to help people get a better grip of what’s going on, and considering that most of us – and especially first time home buyers – are indeed a little intimidated by the paperwork required at the closing. While that sounds like a wonderful idea, we’re a bit weary of how our governments usually deal with problem zones by eliminating them completely, instead of trying to understand the underlying reasons for the crisis and address them.
Starting with August the 15th, first-time home buyers will receive some new closing disclosures at least 3 days prior to the closing, and there will also be easier to understand document disclosures to give people enough time to discuss details, compare costs and so on. This is meant to provide more clarity to consumers and help guide them through the jungle of paperwork, but the fact that it’s all moving towards a three day deadline seems a bit problematic to us. Of course, it may all actually settle into an efficient improvement, so all we can do is voice a few concerns that pop up at this point when we don’t know a lot of details yet, and make them into a piece of mortgage advice.
The potential issues stemming from the three day deadline are mostly centered around the fact that last minute issues frequently arise and while now these may be addressed at the closing table, in the future they will lead to the closing being delayed after the new proposal is set in motion. Such frequent last minute issues can be related to paperwork, or with bank formalities or practicalities of any other nature. For example, during a final “walkthrough” with the buyer, which usually takes place on the final day of the closing, some recalculations can be made that lead to the seller giving the buyer credit towards the purchase price. Today, the attorneys of both interested parties can just adjust the closing figures, but with the new rule, that possibility may be eliminated, and the closing documents resubmitted and the transaction postponed.
Another possible example is that during a closing which is scheduled for a late afternoon, it is discovered that the bank only wires the money on the following day. In this unfortunate event, under the new proposal, closing documents would again have to be redrawn with a different date and resubmitted later. This situation, as well as other similar last-minute issues, could lead to mortgage lenders to lose significant amounts of time and money. All in all, hopefully, the new proposal will work better than that and find a way to address these issues before they become a new problem. We will be able to comment further on it as soon as more details will be announced.